John Sartain was born in London, England on October 24, 1808. In 1823, he was apprenticed to a London engraver, whose daughter, Susannah, he married on the completion of his term. In 1830, John and Susannah Sartain left England for America, where he soon became Philadelphia's preeminent portrait engraver. The Sartains raised eight children, three of whom—Emily, Samuel and William—gained their own prominence in the art world. Sartain introduced from London the art of mezzotint engraving, which more faithfully rendered oil paintings as prints than any previous method of printmaking. It was important to artists that their work be reproduced in the best possible fashion to not only enhance their reputations but to promote commissions as well. Many of the portrait prints by Sartain shown here were commissioned by the leading artists of the day, including Thomas Sully, Henry Inman and John Neagle. As Neagle put it, "Engraving is not a copy, but a translation from color to black and white, and in order to make it successful, the engraver should enter into the spirit and feeling of the painter." Sartain's mezzotints, with their visually rich images, were precisely the reproductive medium that Neagle sought.

John Sartain is thought to have engraved over 1500 prints during his career. Many of these were illustrations commissioned by the leading magazines of the day including Godey's Lady's Book, Graham's Magazine, the Eclectic and Nineteenth Century. In 1848, Sartain, in partnership with William Sloanaker, bought the Union Magazine for $5,000. The first issue of Sartain's Union Magazine of Literature and Art appeared in January 1849. The leading writers of the time contributed to Sartain's magazine, including Longfellow and Poe, whose poem, "The Bells," was first published by Sartain in November of 1849. The magazine, never a financial success, ceased in 1852 and Sartain spent several years paying off its debts.

You can find additional information about John Sartain and his family through the Philadelphia Print Shop. 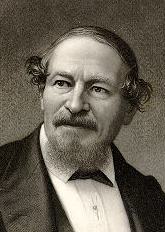