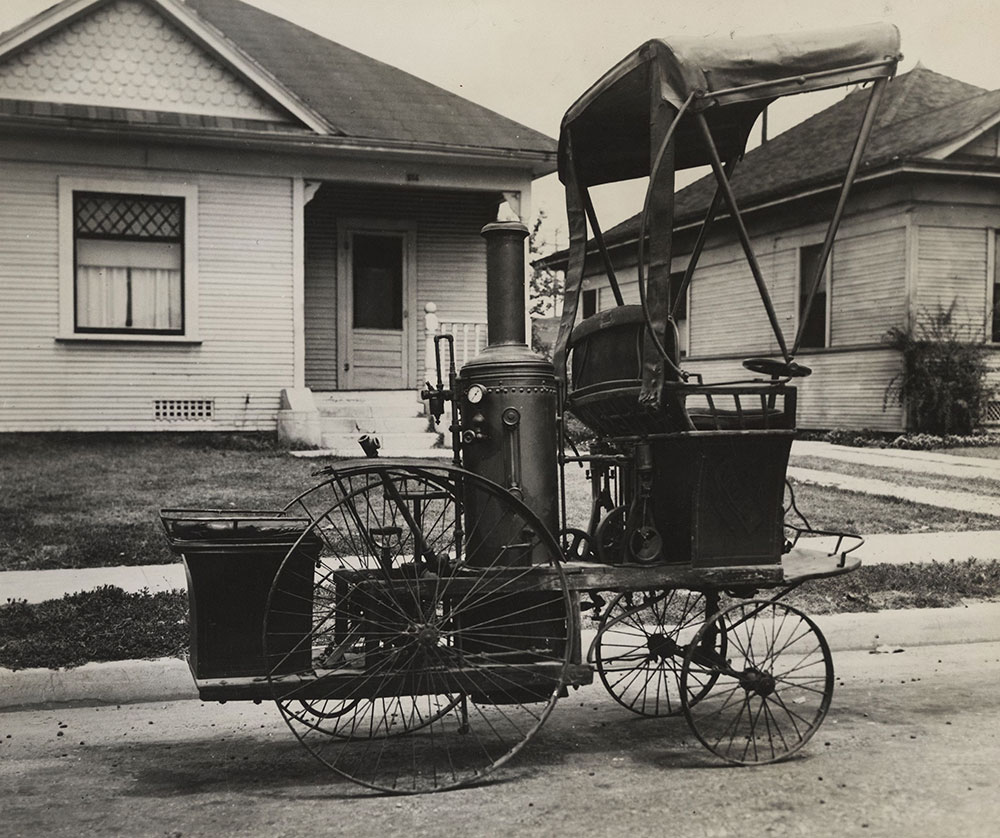 "WINNING OF THE WEST" RE-ENACTED IN UNIQUE PARADE

LOS ANGELES, Cal.--Descendents of early pioneers will march in the parade re-enacting the winning of the west in the celebration which marks the opening of Los Angeles' new $11,000,000 Union Station. Leading the transportation pageant will be the famous locomotive known as the "C.P. Huntington", "Old Jupiter" and other famous locomotives and coaches of early western days. Mixed Indian tribes, led by Blackfoot Chief Many Tradaties, will raid the ancient rolling stock in imitation of their more savage ancestors.

PHOTO SHOWS: A horseless carriage which will move under its own steam in the parade. It was built in 1892 and caused a sensation when it first appeared on the streets here--as it will probably do again during the pageant when it is compared with its more modern streamlined grandchildren.