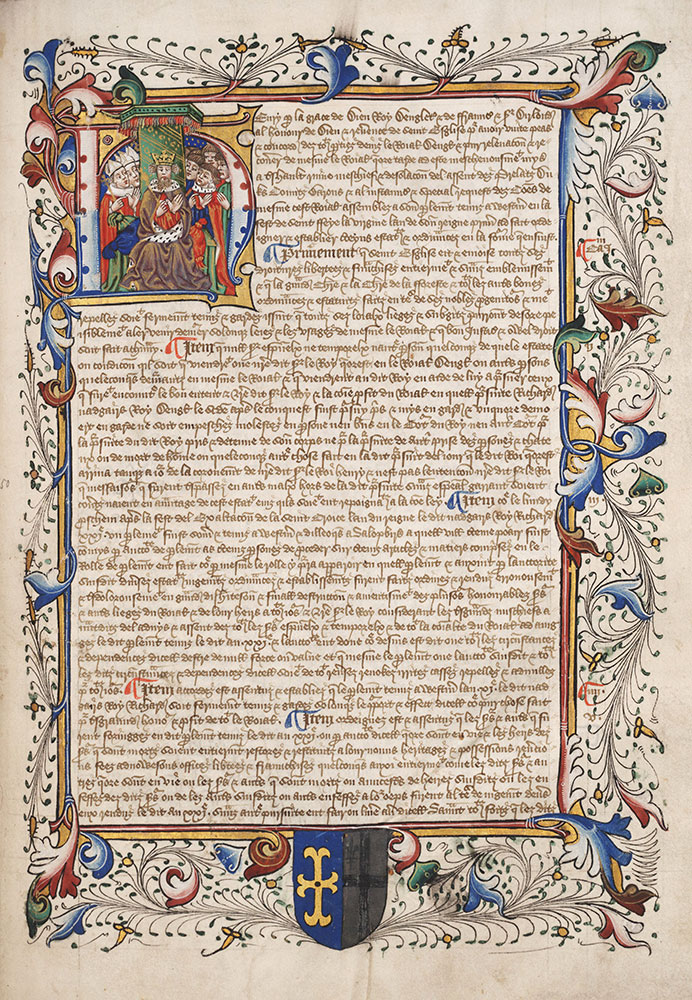 Item No: mcac090503
Title: Statuta nova (New Statutes)
Script: Anglicana
Language: Anglo-Norman
Folio Number: f. 147r
Source: Rare Book Department
Notes: Initial H with King Henry IV
Notes: The manuscript has been dated to ca. 1470. Two illuminators worked on this manuscript. The first painted the court scenes on fols. 46, 104v, 167r, 182r, and 245r; the second artist painted the scene on fol. 147r.
Notes: The Nova statuta contain the English legal statutes beginning with the reign of Edward III (ruled 1327-1377). In this manuscript, the statutes end in the eighth year of the reign of Edward IV (ruled 1461-1483), although pages were left blank at the end of the manuscript for the addition of future statutes. The page shown here begins the list of statutes enacted by Henry IV (ruled 1399-1413).

The initial shows Henry IV surrounded by advisors. The figures wearing mitres on the left represent bishops, while the figures on the right, who wear ermine collars similar to the king's, represent his secular advisors. The coat of arms in the border at the bottom of the page is that of Molyneux of Sefton, Nottinghamshire. A member of this family was presumably the book's first owner.
Sirsi Catalog Key: 1582839
Country: Country:England
City/Town/Township:London 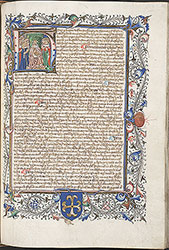 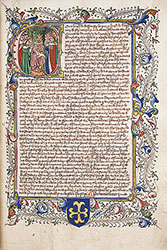 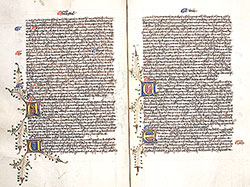 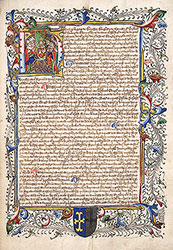