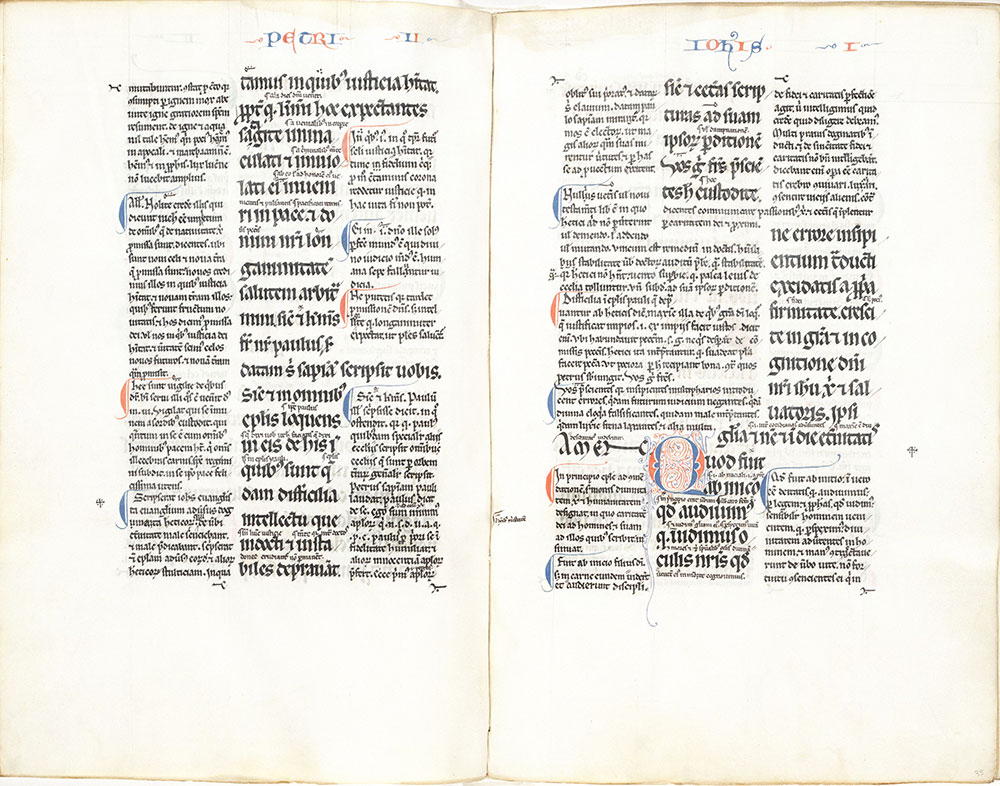 In the 12th century, Christian theologians compiled centuries’ worth of biblical commentaries into a single work for each book of the Bible, known as the Glossa ordinaria. This manuscript includes the biblical text in large script in the middle, surrounded by smaller commentary, and uses red and blue paragraph marks and chapter headings to help the reader match the scriptural passage to its accompanying glosses.


Notes: At the end of the eleventh century, theologians began the process of collecting centuries of Biblical exegesis since patristic times into a single commentary on each book of the Bible. This process resulted in the "Glossa ordinaria," the Latin name for the ordinary or standard gloss of the Bible used by scholastic theologians to teach and explain the meaning of Scripture. This glossed manuscript contains only the canonical Epistles and the Apocalypse. The two strikingly different scripts are used to distinguish Scripture (the large script) from the gloss (the smaller script).
Notes: Beginning of the Epistles of John
Notes: This manuscript can be dated to ca. 1250.
Sirsi Catalog Key: 1586223
Country: Country:France
City/Town/Township:Paris 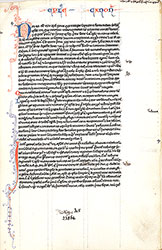 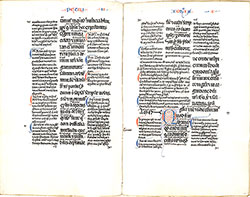 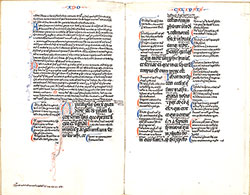