Book of Hours, use of Troyes 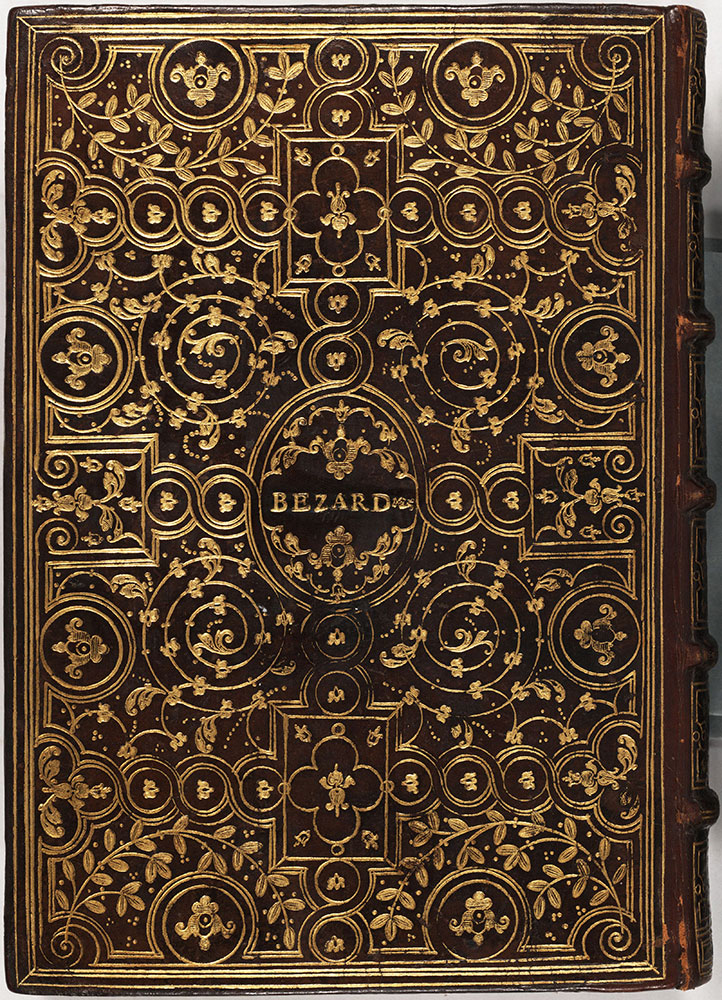 Item No: mca1330002
Additional Title: Book of Hours, use of Troyes
Language: Latin
Folio Number: back cover
Source: Rare Book Department
Notes: Binding
Notes: The binding of this manuscript is decorated in what is called the "fanfare style." The style was created in Paris around 1570 and continued to be imitated on bindings up to the seventeenth century. The style received its name in the nineteenth century when it came into popularity again. The center medallions on the front and back covers of the binding give the first and last names of a late sixteenth-century owner, Guillemette Bezard.
Notes: This manuscript has been dated to ca. 1460.
Sirsi Catalog Key: 1538089
Country: Country:France
City/Town/Township:Troyes 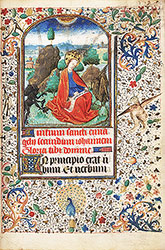 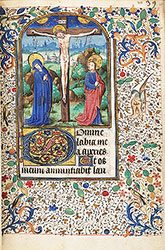 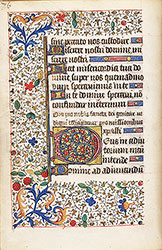 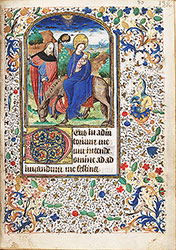 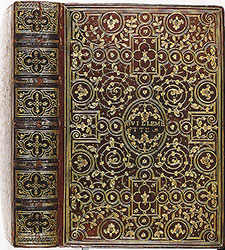 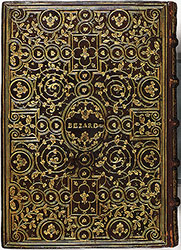 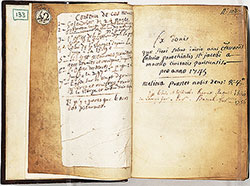 (1475). Book of Hours, use of Troyes. Retrieved from https://libwww.freelibrary.org/digital/item/4264