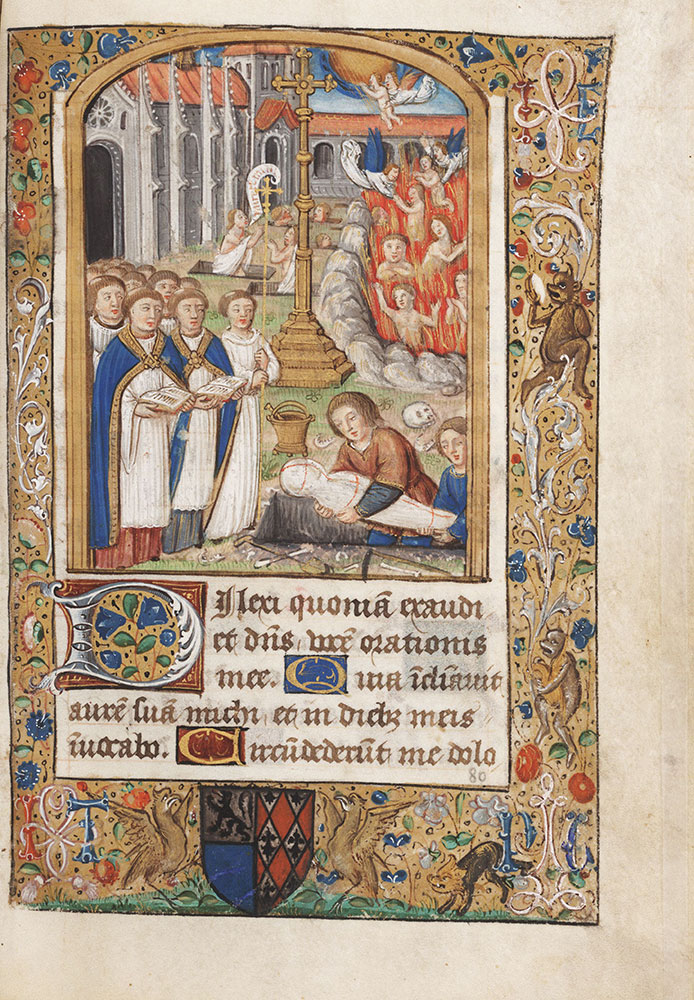 Item No: mca0970801
Additional Title: Book of Hours, use of Paris
Script: Gothic bookhand
Language: Latin
Folio Number: f. 80r
Source: Rare Book Department
Notes: Funeral
Notes: This miniature begins the Office of the Dead, a series of prayers included at the end of nearly every book of hours. These prayers were recited in order to lessen the time that deceased friends and relatives had to spend in Purgatory. In the foreground of the miniature, priests perform funeral rites over a corpse. In the background, the hoped-for fate of the corpse's soul is laid out in scenes from the Last Judgment. His soul rises in the flesh from the dead, reciting the prayer inscribed on his scroll, "Miserere mei" (Have mercy on me), then an angel pulls it from the flames of Purgatory, and finally, a third angel carries his soul to heaven.
Sirsi Catalog Key: 1559289
Country: Country:France
City/Town/Township:Paris 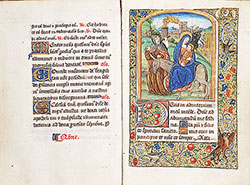 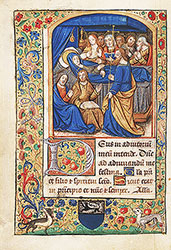 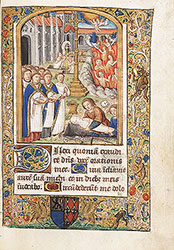 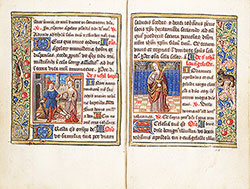 (1499). Book of Hours, use of Paris. Retrieved from https://libwww.freelibrary.org/digital/item/4531