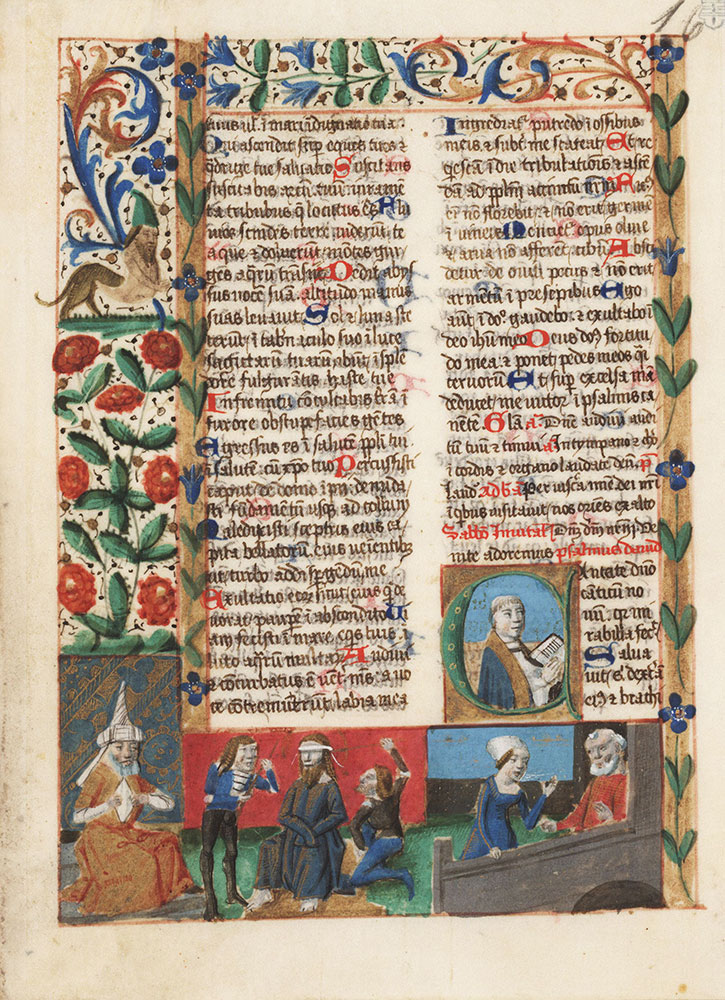 Item No: mcai280231
Title: Cutting from a breviary with historiated initial D depicting a monk chanting and scenes from Christ's Passion
Additional Title: Breviary
Script: Gothic bookhand (textualis libraria under cursive influence)
Language: Latin
Folio Number: front 28:23
Source: Rare Book Department
Notes: Initial D with a monk chanting and scenes from Christ's Passion
Notes: This leaf contains part of the liturgy recited during the ferial Office at Lauds on Friday, beginning in the middle of the Canticle of Habakkuk. The scenes in the lower margin are from Christ's Passion. In the lower left, Caiaphas, the high priest of the court of the Sanhedrin, rends his vestments at what he believes are Christ's blasphemies, an act recorded in the Gospels of Matthew, Mark, and Luke. In the next scene, Christ is blindfolded and mocked by tormentors. In the far right, Pilate's wife, as told in the Gospel of Matthew, warns Pilate not to condemn the innocent man because she had a dream in which she suffered on account of his death.

These scenes and another in an illustrated leaf in the Free Library's collection from the same manuscript (Lewis E M 28:22) were once part of a larger cycle of Passion from the psalter section of a breviary. Two other leaves in the collection (Lewis E M 28:21a-b) are also from the same manuscript but are from another section.
Sirsi Catalog Key: 1668161
Country: Country:France or Flanders 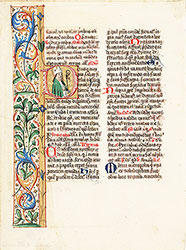 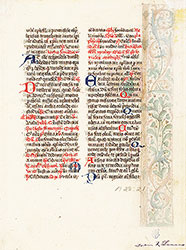 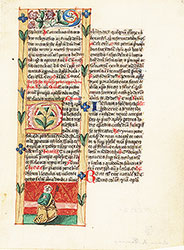 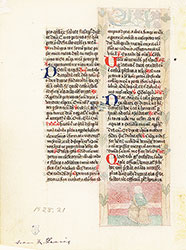 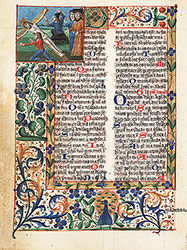 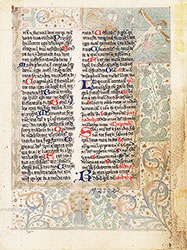 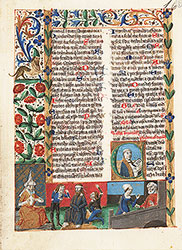 (1499). Cutting from a breviary with historiated initial D depicting a monk chanting and scenes from Christ's Passion. Retrieved from https://libwww.freelibrary.org/digital/item/4841