A Science Minute: The What, Where, When, Why, and How Guide to Experiencing the Solar Eclipse

Get ready for a rare celestial happening in the universe (well, at least our known universe), as a Solar Eclipse will be taking place throughout North American on August 21.

But what exactly is a solar eclipse, why is it happening, and where can you see it (without your eyeballs exploding in a ball of flames)?

WHAT
In its simplest terms, a solar eclipse is when the moon moves between the Earth and the sun to cast a shadow over our planet. According to Wikipedia, "This can happen only at new moon when the Sun and the Moon are in conjunction as seen from Earth in an alignment referred to as syzygy. In a total eclipse, the disk of the Sun is fully obscured by the Moon. In partial and annular eclipses, only part of the Sun is obscured."

That last part is important, as in Philly we will only be experiencing a partial eclipse. The last time a total solar eclipse occurred in Philly? 1478(!)

WHERE
The solar eclipse will cut diagonally across the entire United States starting from Oregon state and ending in South Carolina. Depending on where you are, will depend on if you will be able to experience the "totality"—the area where the sun is completely blocked out by the moon (which will only be 70 miles wide, at any given time).

Vox has some great interactive tools detailing where the eclipse will be it's strongest, what you can see from specific zip codes, and when you can see it best.

In Philadelphia, the most desirable place to see the Solar Eclipse will be at the Franklin Institute, as you will have the option to experience the Partial Solar Eclipse outside or view a live broadcast of the Total Solar Eclipse inside. Also, some of our Free Library locations will be having Eclipse Viewing Parties, so feel free to stop in at Charles Santore, Oak Lane, Wynnefield, Wadsworth, and Falls of Schuylkill Libraries.

WHEN
We'll experience the partial solar eclipse in Philadelphia on August 21 from 1:21 p.m. to 4:00 p.m. For best viewing results, be outside and ready to look up into the sky at 2:44 p.m., when approximately 79.9 percent of the sun will be covered by the moon.

WHY
Because the universe is awesome, that's why!

But if you need a more technical answer than that, it's basically all a matter of orbital alignments and cosmic coincidences. For an even more in-depth dive, definitely visit NASA's website for any and all eclipse ephemera.

But whatever you do, don’t stare directly at the sun (remember: eyeballs. bursting. flames.) The Wirecutter has some great suggestions and picks for solar eclipse glasses and filters, or you can make your own D.I.Y. pair. 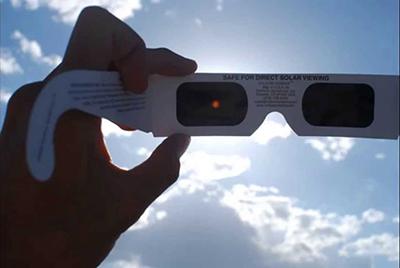 While you're waiting for the Solar Eclipse, browse our catalog for lots of cool books, podcasts, film and televsion, and music on the topics of Outer Space, Astronomy, Cosmology, Astrophysics, Bioclimatology, Astrology.... and maybe even Aliens. 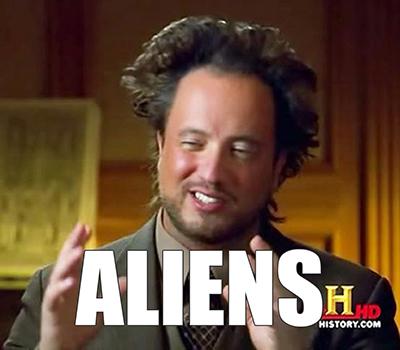 Finally, don't miss out on this solar show in the sky, as the next time Philly will experience a total solar eclipse will be... 2079!

Diagram of dfferent types of eclipses
2 Comments | Add a Comment
Appreciate the eclipse explanation and Phila-centric information of where to witness this awesome event!
Luna - Center city
"Because the universe is awesome" = What A Reason Too Image = (Smiling) = Thanks Free Library Of Philadelphia, PA
Alfred R. Sheppard - Philadelphia, PA