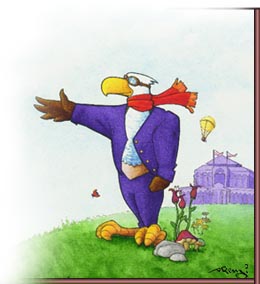 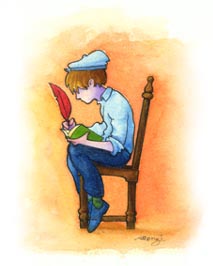 One particularly interesting and unusual item in the Free Library of Philadelphia's Centennial Exhibition holdings is a handwritten diary by a teenage boy, Frank L. Thomas.

On July 12, 1876, Frank traveled by train to Philadelphia to see the Centennial. He made notes on his trip in a small diary, in pencil. The diary is 38 pages long, including his partial list of trip expenses. You can read the actual diary pages here. Frank's son, Erwin S. Thomas, who was born in 1888, made a note in the diary 100 years after Frank's trip, on July 4, 1976, the Bicentennial of the Declaration of Independence. Erwin S. Thomas died in January 1977. The Free Library of Philadelphia received the diary as a gift in 1983.

We know Frank Thomas was 17 in 1876. This means he was born around 1859, just before the Civil War. We know Frank "returned home to Bergen" from his trip on July 26, 1876. From this, we think Frank lived in Bergen, a part of Jersey City, New Jersey, just across the Hudson River from New York City.

At the Centennial for just two days, Frank visited exhibits from Germany, Russia, Portugal, Tunis, Japan, Norway, and France. He was greatly impressed by seeing Old Abe, a famous live war eagle. Frank recounts how the eagle was captured by a Chippewa Indian on the Flambeau River in Wisconsin in 1861, sold to Company C 8th Wisconsin Regiment, led the vanguard in their march, and was in 25 great battles in a three-year period during the Civil War. For more information on Old Abe, visit http://www.library.wisc.edu/etext/WIReader/WER1300.html.

Besides visiting the Centennial Exposition, Frank toured Philadelphia. Among the Philadelphia sights Frank notes in his diary:

Frank also mentions the houses of worship at which he attended services. On Sunday, July 16, he attended services at three churches: the Protestant Episcopal Church of the Holy Incarnation, Memorial Baptist Chruch at Broad and Master Streets, and Gethesemane Baptist at 18th and Columbia Avenue (now Cecil B. Moore Avenue). He notes that the sermon at Gethesemane Baptist was particularly fine.

The last 5 pages of the diary are a partial account of Frank's expenses for the trip. The largest single expense was the train fare from northern New Jersey to Philadelphia — $5.00. You may notice that Frank had expenses for ice cream almost every day, but not Sunday.

Print these pages to build a model of Memorial Hall.

Children's Books and the Centennial Exhibition

The Free Library of Philadelphia has an interesting group of children's books that were written in 1876 about the Centennial. That means these books are over 120 years old. To us today, they do not much seem like children's books. They do not have color pictures. Many of them are quite long. They have lots and lots of words. They usually try to teach lessons, rather than tell stories. Comparing them to current children's books is another way of seeing how much life has changed since 1876.

One book in our collection, Something for the Children, is interesting as an artifact. Not only was the book printed at the Centennial International Exhibit. The paper the book was printed on was actually milled by machinery at the Centennial. A visitor to the Centennial could see the entire process. [You can see a photograph of the Campbell Printing Press Building here.] So this book would have been a very special souvenir to take home. The illustrations of the Centennial buildings would be like having a photo album to pore over and remember your visit. We've digitized the book here so you can get an idea of what a children's book for 1876 is like.

Another interesting artifact is a diary kept by Frank L. Thomas when he visited the Centennial. He was seventeen years old. The diary is handwritten in pencil.