Book of Hours, Sarum use 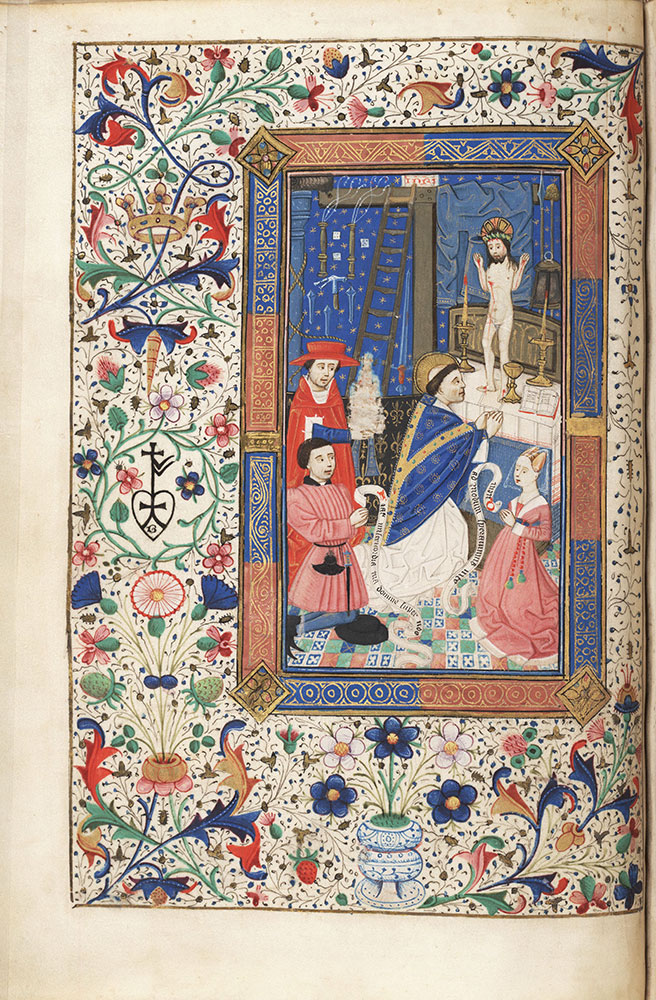 John Browne, a successful English merchant, commissioned this manuscript book of hours, a luxury previously available only to nobility. He had it extravagantly personalized by having a portrait of him and his wife painted into the Mass of St. Gregory, shown here. This book was passed down as an heirloom, and there is no record that it left the Browne family until the early 18th century.


Notes: Mass of St. Gregory
Notes: The manuscript has been dated to ca. 1460-1470.
Notes: This manuscript was made for the fifteenth-century English merchant John Browne and his wife Agnes. The scene depicted in this miniature is known as the Mass of St. Gregory the Great. While celebrating Mass one day, Gregory prayed for a sign to convince a disbeliever in his congregation. In response, Christ appeared, as he does here, displaying his wounds and surrounded by the instruments of his Passion. Although St. Gregory lived during the sixth-century, we should not be surprised to find the figures of John and Agnes Brown in the foreground, flanking the pope, as virtual witnesses to St. Gregory's vision. John Browne also had his merchant's trademark -- a heart-shaped base with a small "B" supporting a cross-staff with two chevrons -- included in the border decoration to the left of his portrait.

Also noteworthy in this image is the fact that the papal tiara held by the cardinal standing behind the pope has been scratched out. Following the English king Henry VIII's break with the Roman Church in 1535, all signs and symbols of papal authority, such as this tiara, were subject to destruction.
Sirsi Catalog Key: 1540379
Country: Country:Belgium
City/Town/Township:Bruges 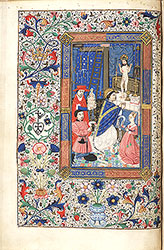 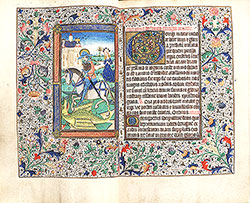 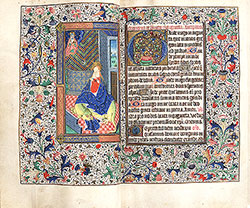 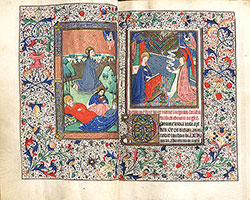 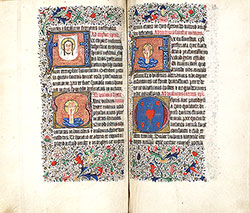 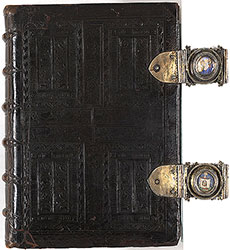 (1475). Book of Hours, Sarum use. Retrieved from https://libwww.freelibrary.org/digital/item/1433