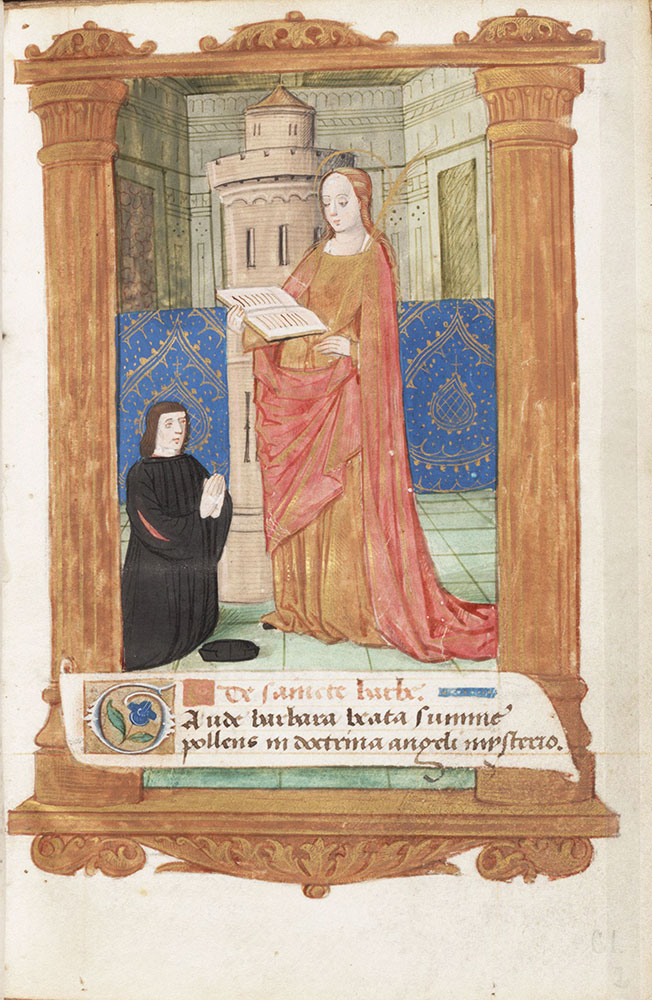 Item No: mca1240171
Additional Title: Book of Hours, use of Rouen
Script: Bastarda
Language: Latin
Folio Number: f. 17r
Source: Rare Book Department
Notes: St. Barbara with suppliant
Notes: This miniature begins the Suffrage to St. Barbara. St. Barbara was a third-century saint who was martyred at the hands of her pagan father. In an effort to keep suitors away, her father had her locked away in a tower. Although imprisoned, Barbara learned of Christianity and converted. In order to show her devotion, she had a third window added to her tower to represent the Trinity. A tower with three windows became the saint's attribute. The unidentified man in prayer in the miniature may represent the original patron or owner of the book.
Sirsi Catalog Key: 1560477
Country: Country:France
City/Town/Township:Rouen 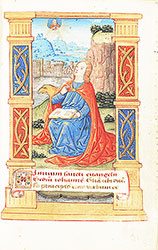 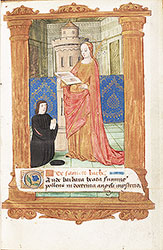 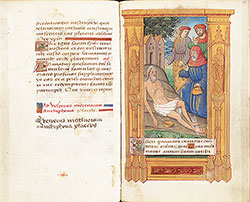 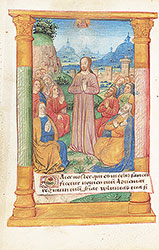 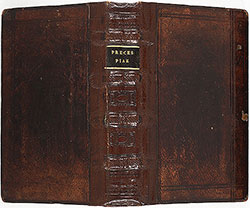 (1499). Book of Hours, use of Rouen. Retrieved from https://libwww.freelibrary.org/digital/item/4032