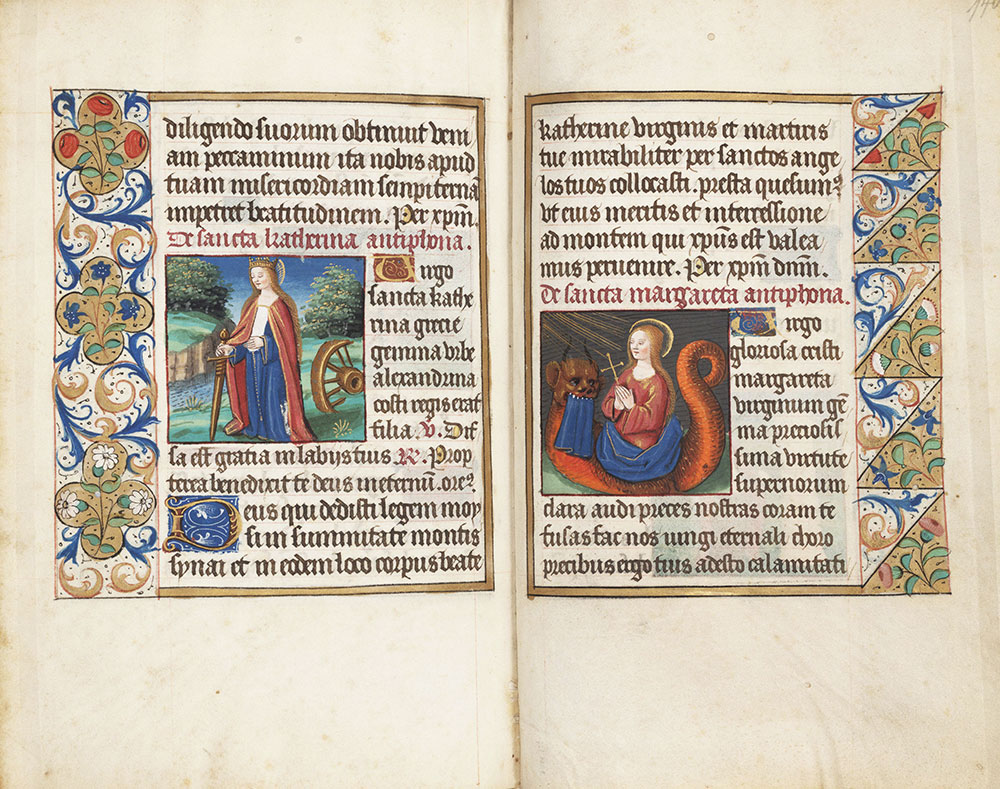 Item No: mca0951390
Additional Title: Book of Hours, use of Paris
Script: Gothic bookhand
Language: Latin
Folio Number: ff. 139v-140r
Source: Rare Book Department
Notes: St. Catherine of Alexandria and St. Margaret of Antioch
Notes: This opening contains the Suffrages to Sts. Catherine of Alexandria and Margaret of Antioch. According to her legend, St. Catherine tried to convince the Emperor Maximinus II to stop persecuting Christians. For this, he sentenced her to be tortured by the wheel, but it miraculously broke when his soldiers tied her to it. The wheel thus became her attribute. St. Margaret was another popular medieval virgin saint and martyr. According to her legend, she was swallowed by the Devil in the form of a dragon. Miraculously, she survived by making the sign of the cross within the beast's belly. The dragon burst open, and she was able to escape alive. She later became the patron saint of pregnant women.
Sirsi Catalog Key: 1559288
Country: Country:France
City/Town/Township:Paris 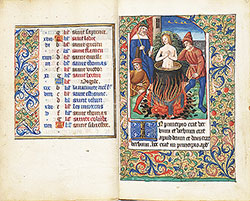 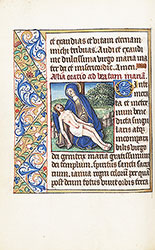 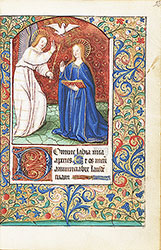 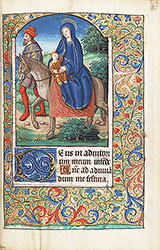 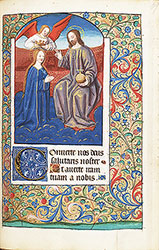 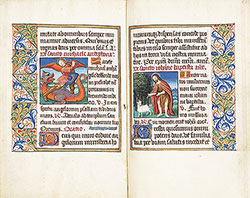 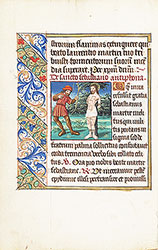 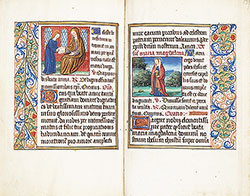 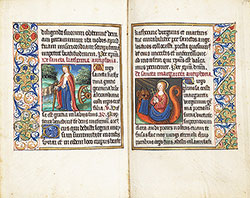 (1499). Book of Hours, use of Paris. Retrieved from https://libwww.freelibrary.org/digital/item/4468