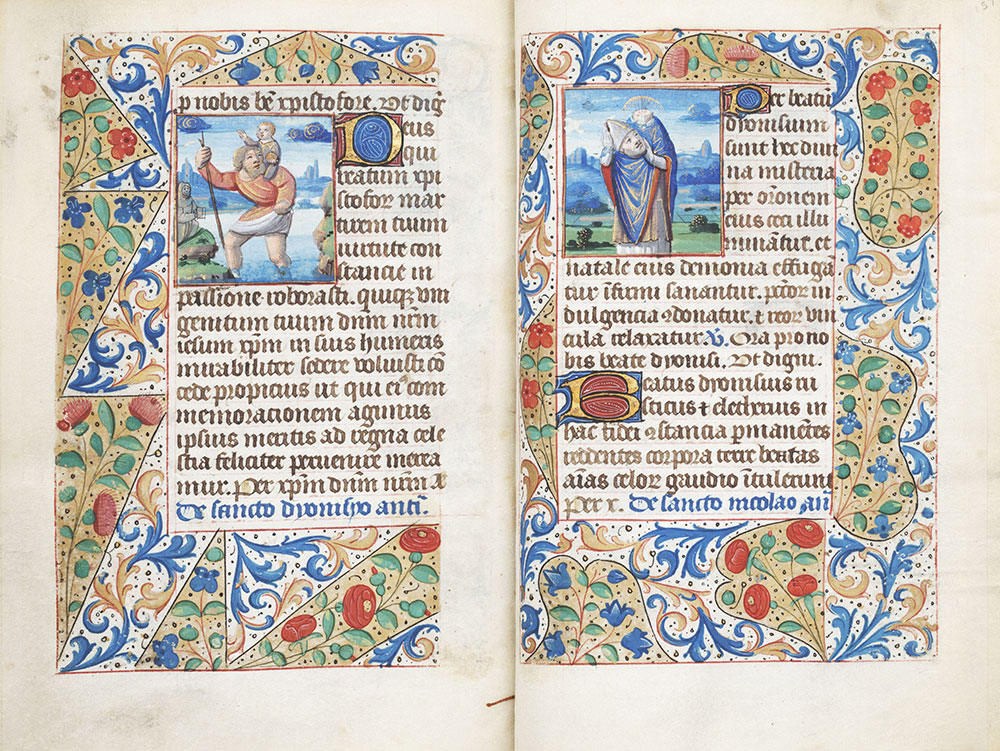 This opening contains the Suffrages to St. Christopher and St. Denis, both illustrated by portraits of the saints. In the image on the left, St. Christopher appears carrying a child on his back across a river. According to his legend, a small child asked St. Christopher, a man of fearsome size, to carry him across a river. The weight of the child was much greater than any weight the giant had carried before. When the giant inquired, the child revealed that he was Christ and that he was so heavy because he bore the sins of the world. In the image on the right, St. Denis is shown carrying his own head because he was martyred by beheading on Montmartre in Paris while serving as the Bishop of the city. St. Denis later became the patron saint of France. 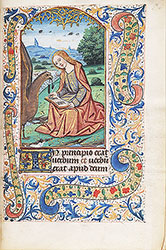 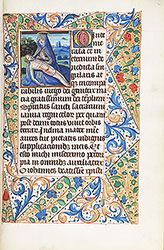 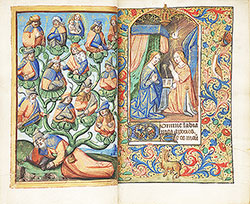 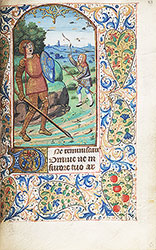 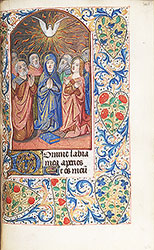 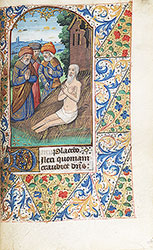 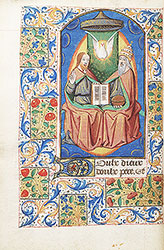 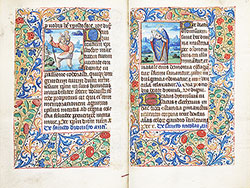 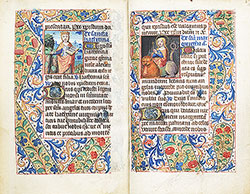 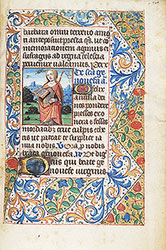 (1499). Book of Hours, use of Paris. Retrieved from https://libwww.freelibrary.org/digital/item/4484