"Even if I believed that women should be denied the right of suffrage, wild horses could not drag such an admission from my pen or my lips, for this reason: precisely the same arguments used to prove that the ballot be withheld from women are advanced to prove that colored men should not be allowed to vote." 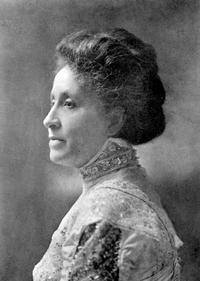 Mary Church Terrell is a name you should know, because in a 1915 issue of The Crisis, a periodical published by the NAACP, she put men—and particularly black men—on blast for thinking women shouldn’t have the right to vote. It was "absurd," she said, that a group of people who had been denied their rights should then turn around and put up barriers for others.

And Mary knew barriers well. She’d been discriminated against even as she marched for women’s right to vote, relegated to the back of the line by white women. Her story is one few of us know, and the names Alice Paul and Lucy Stone, the two white activists who were instrumental in winning suffrage and who organized this very procession have been overshadowed by those of Elizabeth Cady Stanton and Susan B. Anthony.

This Women’s History Month, let’s learn the stories behind these names at the Free Library of Philadelphia! 2020 is more than just a time to mark the achievements of women—it’s a time to honor the 100th anniversary of the ratification, or passing, of the 19th amendment which gave U.S. women the legal right to vote. 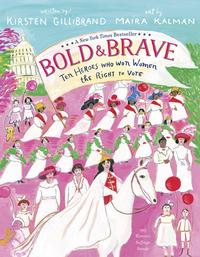 On Friday, March 6 and Wednesday, March 18, children can take part in storytimes of Bold & Brave: Ten Heroes Who Won Women the Right to Vote at Queen Memorial Library. After hearing this uplifting story, they can make a "suffrage cat," (the cat was adopted as a mascot by women’s rights activists) or decorate mini-banners. Other children can find their voice by Writing Persuasive Speeches during a special program at Logan Library on Wednesday, March 18.

Adults can rediscover the words of both famous and unknown women, as well as personal letters and even diary entries written by women who fought for equality, in an interactive program led by... me! Women’s Letters of Suffrage and Equality will be a revealing event with surprising stories of the work to win suffrage, taking place on Monday, March 23 at South Philadelphia Library and Thursday, March 26 at Logan Library.

Too cool to get schooled? Then get empowered at Kingsessing Library on Saturday, March 7 during Cool Women and Minizines with the Soapbox, a community print shop. Or, rock out to Vixen 77, a punk rock band who will play at Fumo Family Library on Wednesday, March 18.

The ongoing battle for women's rights is all about passing the baton, and children can do so literally on Wednesday, March 15 at Running Like Wilma, a program at Logan Library honoring the work of African American track star Wilma Wilma Rudolph. Kids can do warm-up exercises, then relay race around the library! The Learn About Important Women in History series at Falls of Schuylkill Library will highlight women real and imagined such as Frida Kahlo and Wonder Woman! 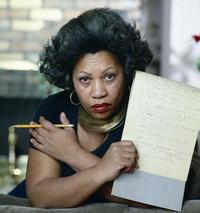 And we’ll close out Women’s History Month on Sunday, March 29 with Writers Resist PHL: Write the Vote Inspired by Toni Morrison at Parkway Central Library. Dozens of local writers will read works inspired by the world-changing literature of Toni Morrison. This is part of The Frances Project, a series of programs through Fall 2020 that honor the life and work of Frances Ellen Watkins Harper, a largely forgotten African American hero who left a deep legacy we all benefit from, as she fought for both abolition of enslavement, as well as women's suffrage during her long lifetime. In fact, it was a story of an enslaved woman that Frances Ellen Watkins Harper told in one of her many impassioned speeches and writings which inspired the novel Beloved. 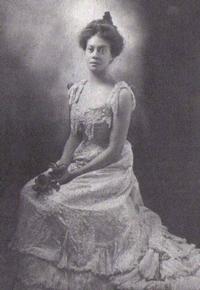 And here's what is exciting about Women’s History Month—it's just a prelude to an array of programs throughout 2020 that will mark the anniversary of the 19th amendment while still recognizing the work left to do to ensure equal rights for all.

We'll be looking forward to a special exhibition on Women’s Suffrage at Parkway Central Library in the fall; as well as an exhibition at the Rosenbach honoring Alice Dunbar Nelson, a fearless Black journalist and activist, and accompanying programs.

We'll study the impact of the 19th amendment through the lens of voting access, protest movements, reproductive rights, (truly) intersectional and inclusive feminism, and even fun events that look at the ways women have impacted our world. The long march of women towards equality is still going strong.

Browse our online calendar and visit your neighborhood library for all of these events and more during Women's History Month! 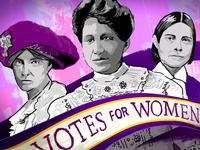 Women's History Month 2020 at the Free Library
Add a Comment