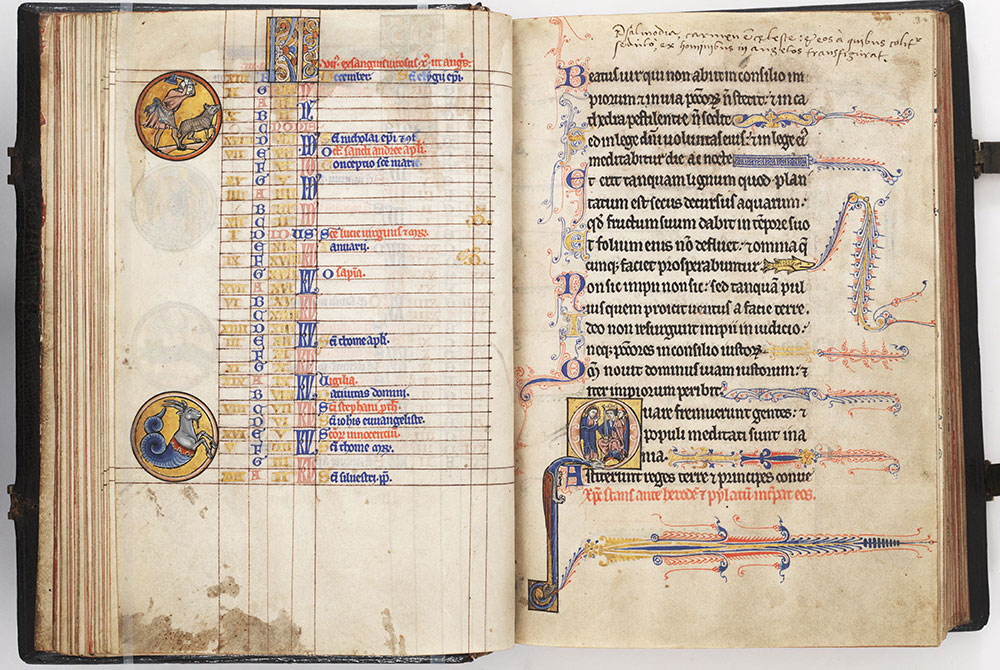 Item No: mca1850310
Additional Title: Psalter
Script: Gothic bookhand
NickName: Lewis Psalter
Language: Latin
Folio Number: ff. 31v-32r
Source: Rare Book Department
Notes: Opening continuing the calendar page for December (verso) and the beginning of the Psalms (recto)
Notes: This manuscript has been dated to ca. 1225-1240.
Notes: This opening displays the end of the calendar for December, illustrated by two roundels containing the labor of the month for December, slaughtering a pig, and the zodiac sign Capricorn. Opposite, the text of the psalter begins. In this fully illustrated psalter, the historiated initials comment on the text of the psalm they illustrate. The initial Q begins Psalm 2, "Quare fremuerunt gentes..." (Why do the heathen rage). It is illustrated with Christ standing before Herod and Pilate, as the rubric below indicates: "Christus stans ante herodem et pylatum increpat eos." (Christ stands before Herod and Pilate and rebukes them). The choice of illustration reflects the medieval interpretation of the Psalm in which Christ is he who "shall speak to them in his anger, and trouble them in his rage" (Psalm 2:5).
Sirsi Catalog Key: 1466054
Country: Country:France
City/Town/Township:Paris 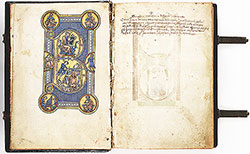 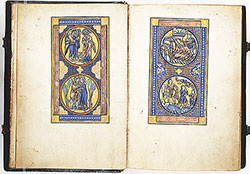 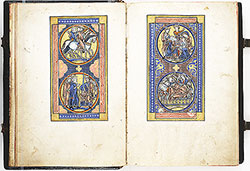 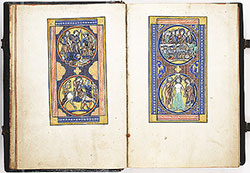 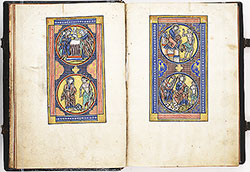 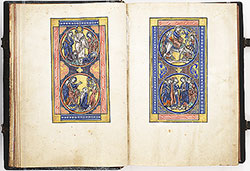 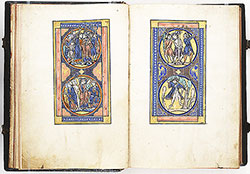 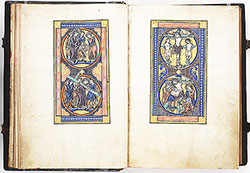 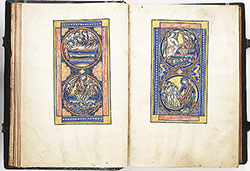 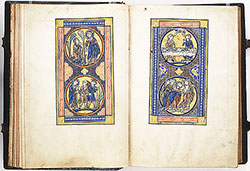 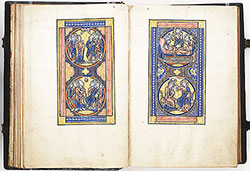 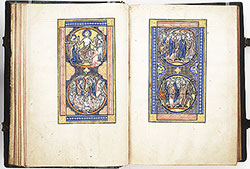 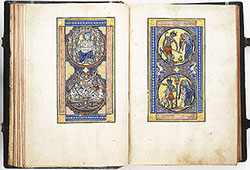 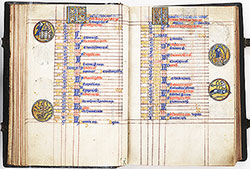 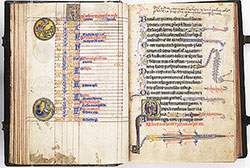 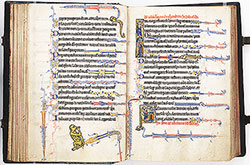 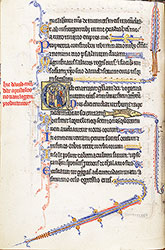 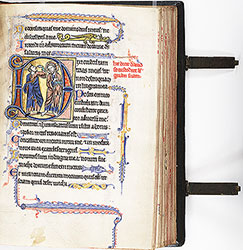 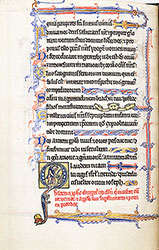 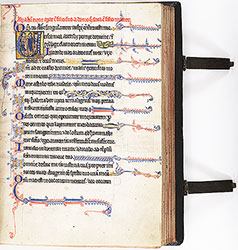 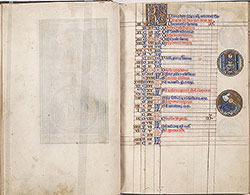 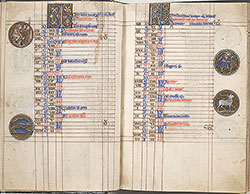 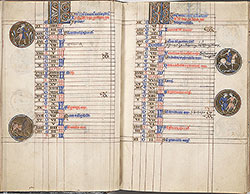 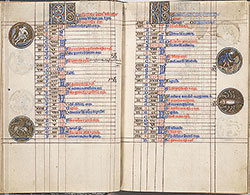 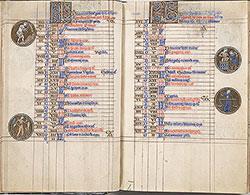