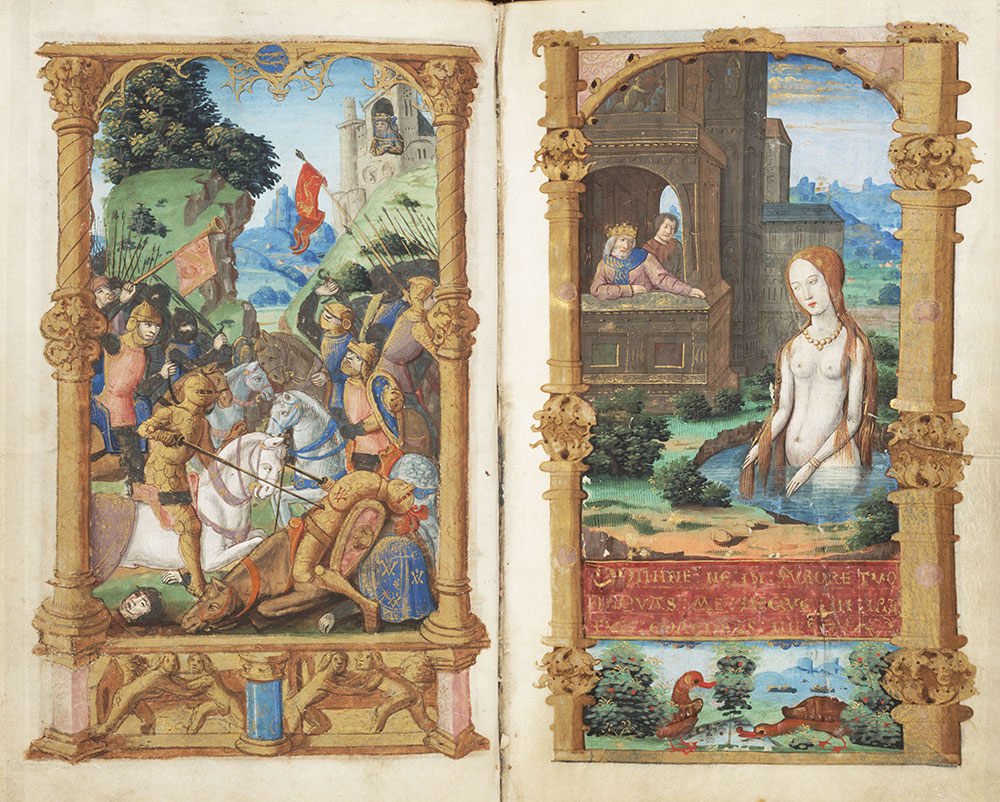 Item No: mca1130310
Additional Title: Book of Hours, use of Rome
Language: Latin
Folio Number: ff. 31v-32r
Source: Rare Book Department
Notes: Opening with the Death of Uriah and King David watching Bathsheba at her bath
Notes: This opening preceding the Penitential Psalms features the only full-page, facing miniatures in the entire manuscript. It tells the story of King David's sin from II Samuel. David falls in love with Bathesheba while spying her bathing. Unable to control his feelings, David orders her husband Uriah to be sent to the frontlines of battle where he will be killed, effectively murdering the loyal soldier. The Penitential Psalms are usually illustrated by David in prayer and asking forgiveness. These two scenes, however, tantalizingly highlight the sin and violence that brought about David's need for his own penance.
Sirsi Catalog Key: 1466037
Country: Country:France
City/Town/Township:Paris 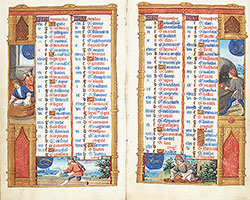 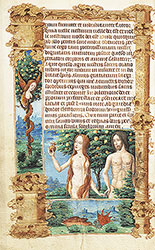 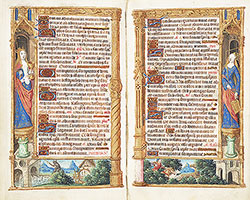 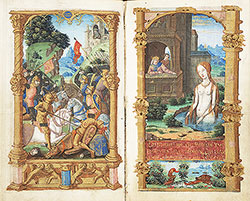 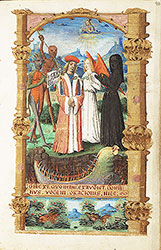 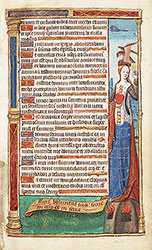 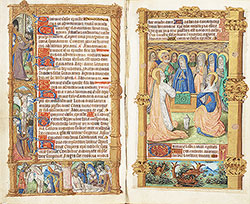 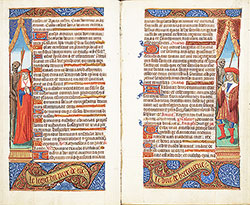