Religion was an enormous part of daily life for medieval people. In the Middle Ages, people looked to religion to tell them about the world they lived in and also the future that awaited them. 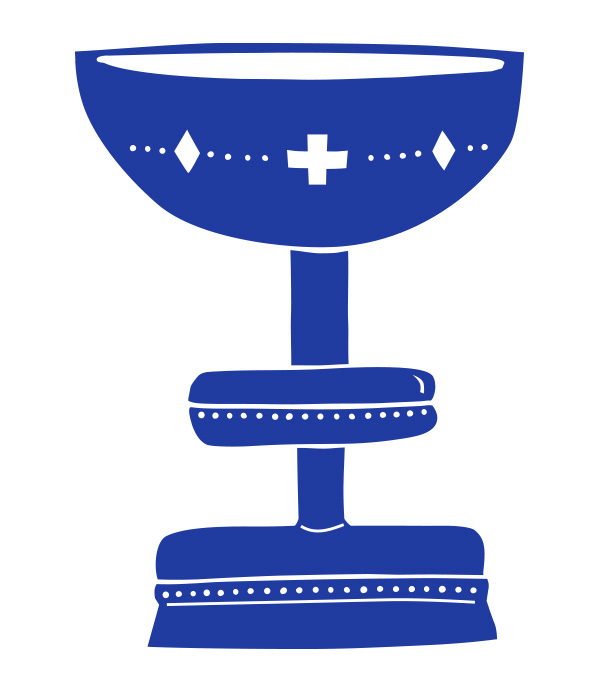 Book-making in medieval Europe was often undertaken for religious ends, but it wasn’t limited to the scriptures—or sacred texts—of Christianity, Islam, and Judaism. While copies of the Bible, the Qur’an, and the Tanakh were important, religious manuscripts also included things like personalized prayer books, writings on religious law, and choir books for religious service.

The Catholic Church held significant political power and affected not just what people believed, but also how they lived. And this was true for more than Christians. After the 1492 defeat of the Emirate of Granada, the last kingdom of Muslim Spain, the Church’s power also decreed how—and if—Jews and Muslims could live and worship.

Why are we displaying these manuscripts and not others?

We’re celebrating Philadelphia’s first massive book-digitization project, Bibliotheca Philadelphiensis, which was developed to widely and publicly share manuscripts written in Western Europe up to the year 1600. We’re excited that everything on view here can be seen online from cover to cover, but it is true that almost everything is from Christian traditions.

In Europe, depending on when in the long “medieval” period (500 to 1500) you look, Christianity, Islam, and Judaism all thrived. Currently the Free Library of Philadelphia is co-leading a major project to digitize manuscripts from the Muslim world from Philadelphia and Columbia University, thanks to funding from the Council on Library and Information Resources made possible by The Andrew W. Mellon Foundation. And Philadelphia’s great Hebraica and Judaica from all over the world also deserve attention. But by celebrating “BiblioPhilly,” as it was nicknamed, we hope to share with you how Philadelphia’s European manuscripts can still tell us stories today. We hope you’ll explore the diversity of cultural heritage we have here at the Free Library! 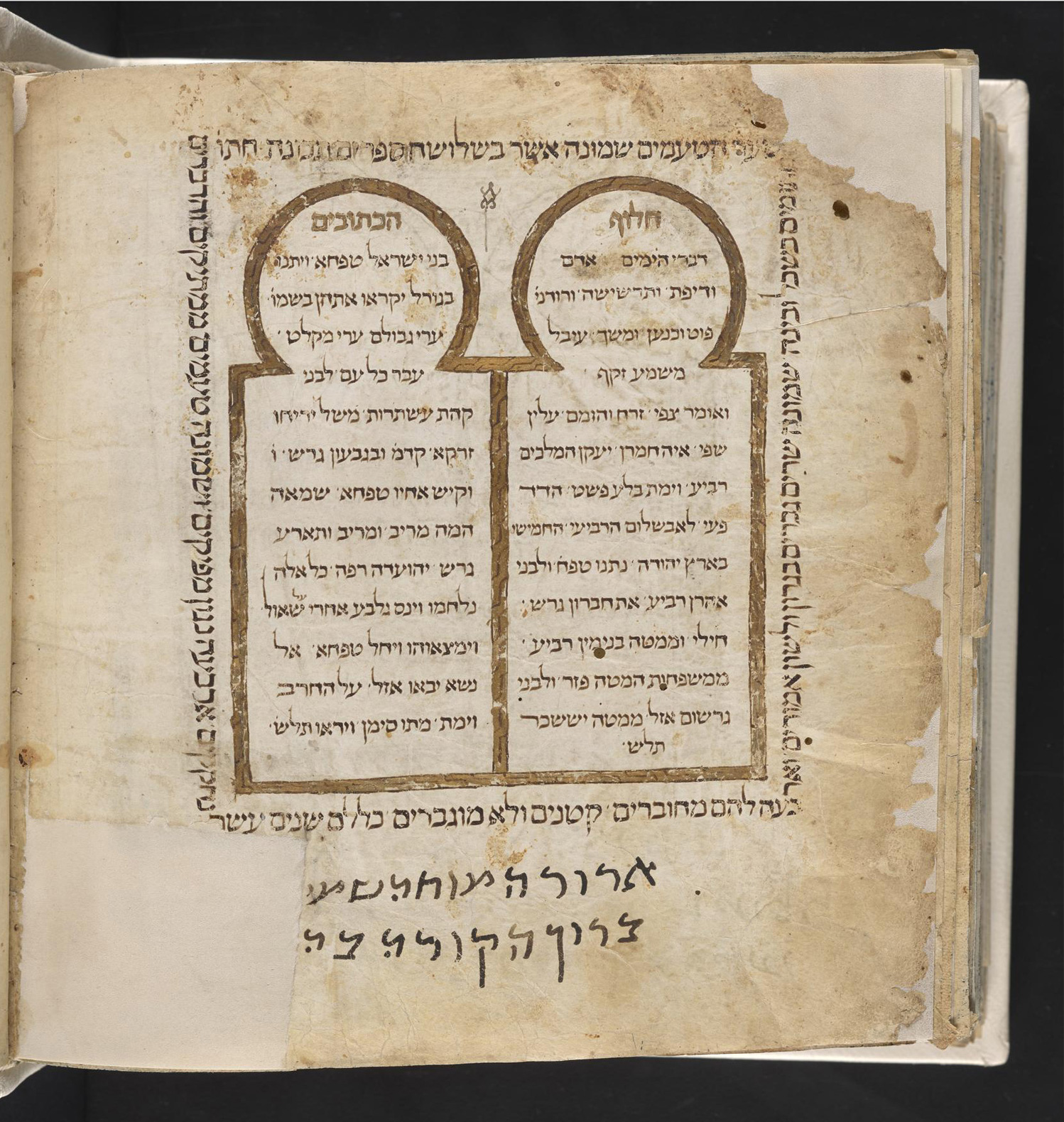 This book was commissioned by a rabbi in the Jewish cultural center of 13th-century Spain. On display is a portion of Sefer ha-Hilufim, a non-Biblical text that details the differences between the two major versions of the Biblical text. Arranged in arched columns, this shows the influence of Islamic Qur’an illumination in Spanish Hebrew manuscript production. The note in Hebrew on the bottom right says, “Curse you who erase God's name, bless you who recite this Bible.” 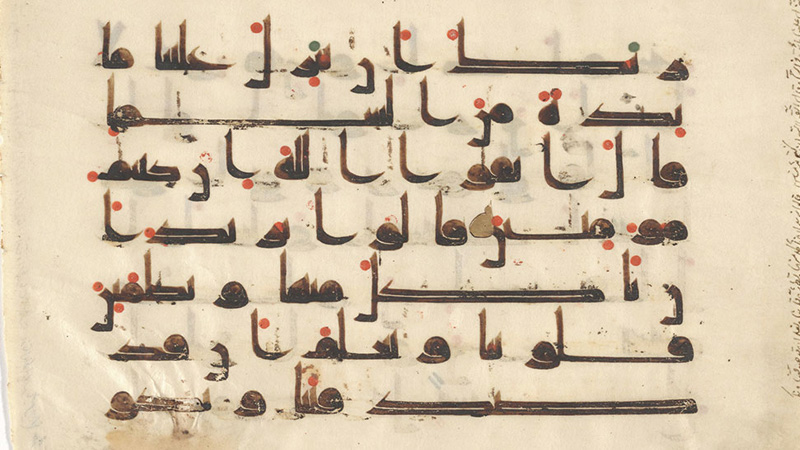 This page was taken from a Islamic Qur’an written in Kufic, a popular style of Arabic script for early medieval Qur’ans. The verses of this fragment include a conversation between ʿĪsā ibn Maryam, or Jesus, who in Islam is considered the second-to-last prophet of Allah, and his disciples. 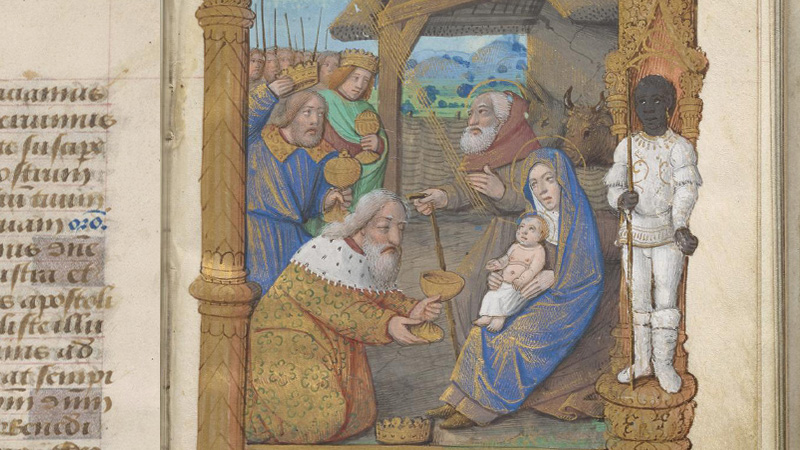 Book of hours, use of Bourges

Displayed here is a scene from the birth of Jesus Christ from the Hours of the Virgin. It shows the Adoration of the Magi, where the three Wise Men bearing gifts kneel before the infant Jesus. What is most notable, however, is the soldier at right: a rare depiction of a person of color in a book of hours. 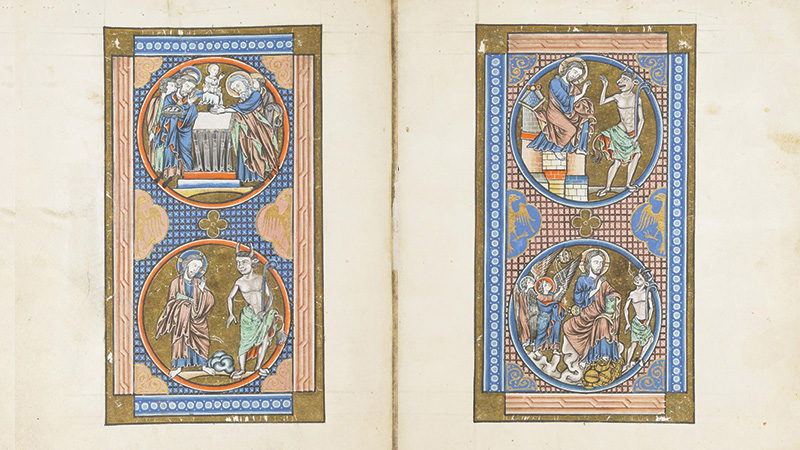 This book is one of the most lavish manuscripts to come from 13th-century Paris. It has a full 24-page series of scenes from the life of Jesus Christ and the Last Judgment, including scenes of Satan’s temptations of Jesus. 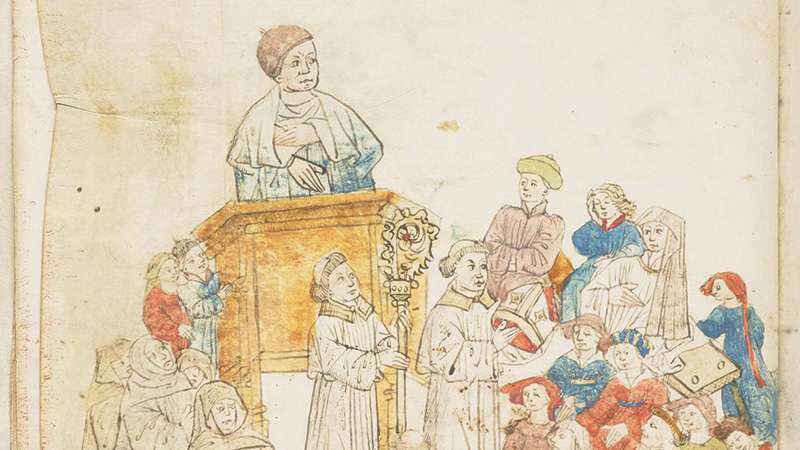 First written in 1457, this text describes a theoretical tapestry that would show biblical and allegorical figures aiding the “Church Militant,” or those Christians dedicated to fighting the forces of Satan in the world. The author, Jean Germain, is pictured at the pulpit, surrounded by other clergy. 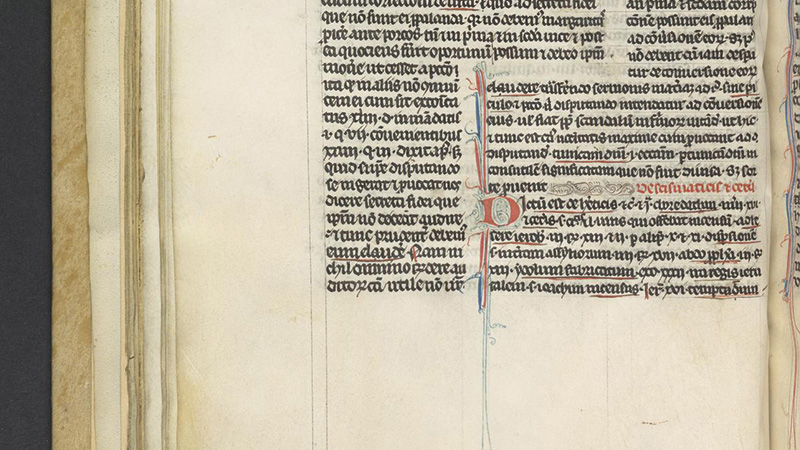 This book is a manual intended for the use of Christian priests in determining the type and amount of penance a confessor should receive for a specific crime or sin. In this “glossed” copy, the manual is accompanied by a commentary written around the same time. The main text is in the gutter and the center columns, and the gloss is on the borders.