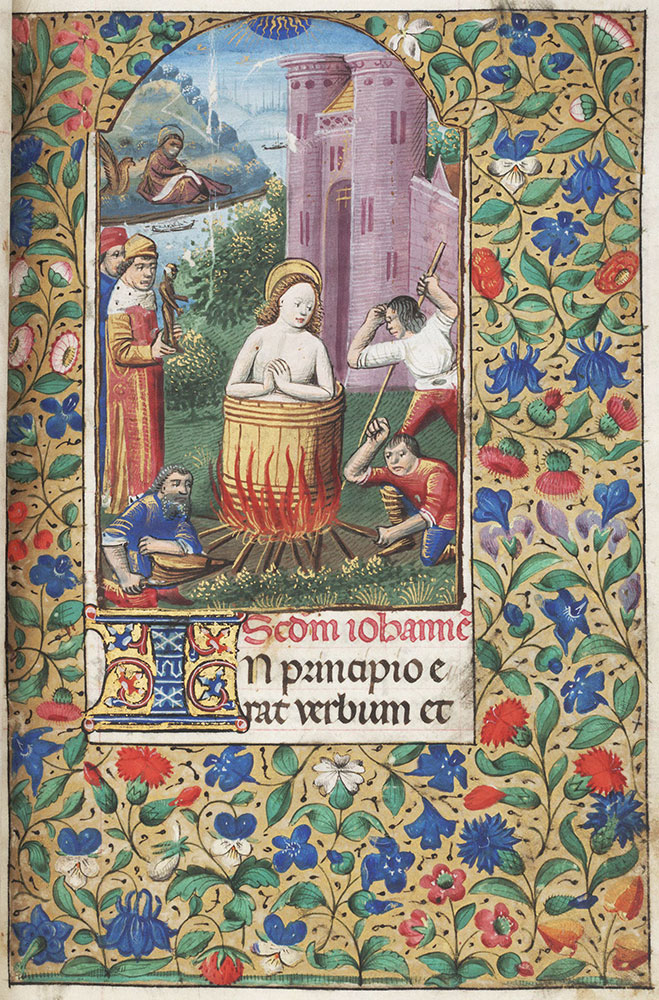 Item No: mca2120151
Additional Title: Book of Hours
Script: Rotunda
Language: Latin
Folio Number: f. 15r
Source: Rare Book Department
Notes: St. Joh the Evangelist boiled in oil
Notes: This miniature begins the Gospel Lessons, which were found at the beginning of many books of hours. These readings were typically illustrated with portraits of the Evangelists as scribes. In this manuscript, however, the Lessons are introduced with a scene from the life of St. John. According to his legend, the Emperor Domitian had the saint taken to Rome to be boiled in oil at the Porta Latina. He miraculously survived. In consternation, the emperor then banished St. John to the island of Patmos, where he had his vision of the Apocalypse.
Sirsi Catalog Key: 1606326
Country: Country:France 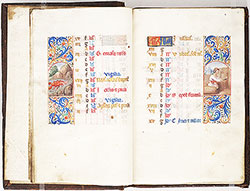 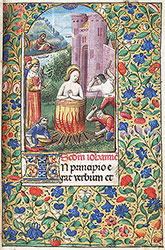 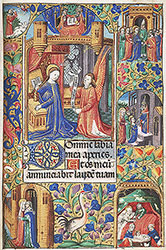 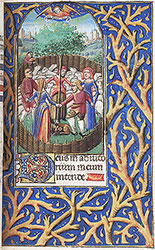 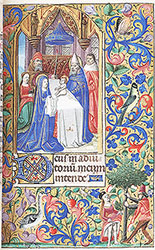 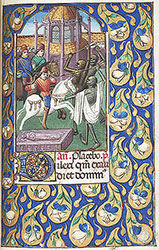 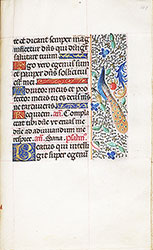 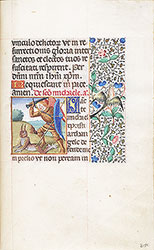 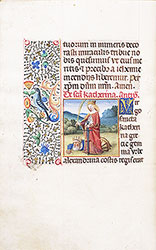 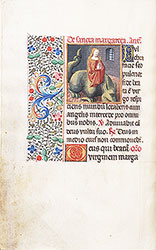 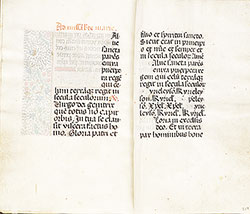 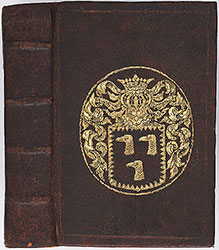 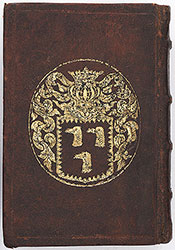