Back in April, I wrote about the numerous events DC Comics had planned throughout this year to celebrate the 75th anniversary of Batman. Today is one of the bigger events—if not the biggest—of the year, as comic shops, bookstores, and libraries across the globe will celebrate Batman Day.

It's no coincidence that today is also the day before the annual San Diego Comic-Con, so what more perfect way to celebrate the comic book Caped Crusader than with a free comic book? Well, DC Comics is releasing a free Batman comic today, Detective Comics #27 “Special Edition”, that reprints the first Batman story from 1939 by creators Bob Kane and Bill Finger. The issue also includes a reimagined version of that first Batman story ("The Case of the Chemical Syndicate") by Brad Meltzer (who penned the popular post-modern take on superheroes, Identity Crisis), with some help from renowned designer Chip Kidd. In the interview below, Chip Kidd discusses the work behind the special edition comic, expounds on the history of the character, and his importance in the world of fiction and lasting appeal in pop culture.

Since comics are a visual medium, let's take a look at some cool infographics, posters, and videos that celebrate The Dark Knight's 75th:

Search in our online catalog for all the Bat-books and graphic novels, Bat-ebooks, Bat-DVDs, and Bat-inspired music and soundtracks from our collections; all for FREE with your library card! 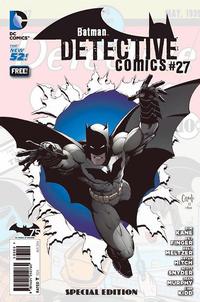 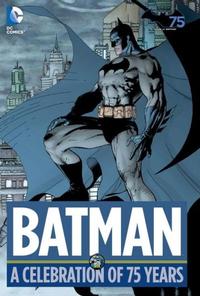 Batman: A Celebration of 75 Years book cover 2014
Add a Comment