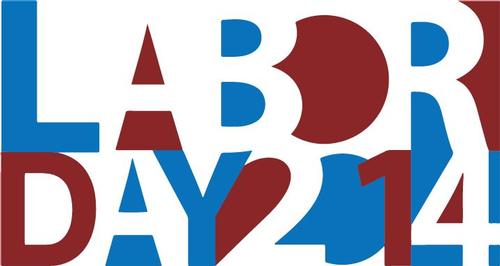 In 1910, farmers and farm laborers made up, by far, the largest group of workers in the United States. A century later, they don’t even crack the top ten (the greatest numbers now work in retail and food service). [Source: U.S. Bureau of Labor Statistics and the Statistical Abstract, Bicentennial Edition]

This Monday, September 1 is Labor Day – a federal holiday occurring on the first Monday of each September to celebrate the American worker, with roots going back to 1882. You can visit the U.S. Department of Labor’s website to read more about Labor Day’s history (such as the controversy over which famous union leader originated the holiday), to find more facts from the Bureau of Labor Statistics, and to learn about how the Department of Labor has promoted and continues to promote fair standards for workers, including:

2014 also marks the fiftieth anniversary of the Department of Labor’s Job Corps, a free program to help low-income young people with education, training for careers, and finding jobs. Visit the Job Corps online.