The music icon passed away this past weekend at the age of 90, no small feat in and of itself, especially in ragged rock 'n' roll musician years.

By mixing the twang of country, the rhythm of jump blues and jazz, and the raucous stomp and speed of hillbilly music, Chuck Berry invented the high-octane formula for all rock 'n' roll music to come from the 1950s onward. He also laid down the foundation for rock guitar—that two-note bend style of soloing, amped-up and bristling with distortion—that everyone else since has just been a pale imitator and copy cat. Add in his showmanship and stage presence—the "duck walk", a guitar-thrusting strut that involved kicking one leg forward and hopping on the other—and you've got the very definition of "legend".

He had a way with words, rhymes, and lyrics, his songs had humor and were more like little vignettes, that were relatable and accessible to all people—especially teenagers. It's no surprise that Chuck Berry was recognized in 2012 by PEN New England for its first "Song Lyrics of Literary Excellence" award, and his co-honoree, Leonard Cohen, graciously declared that "all of us are footnotes to the words of Chuck Berry," while Bob Dylan has called him "the Shakespeare of Rock 'N' Roll."

Berry's Philly connections were many, having played multiple times on American Bandstand at the beginning of his career, played on local radio stations by DJs like "The Geator with The Heater"—Jerry Blavat, or rockin' out with a Beatle on The Mike Douglas Show.

On his 90th birthday in October 2016, an album of new, original songs was announced—the first within the past 38 years. As with any Chuck Berry music, I can't wait to hear it. 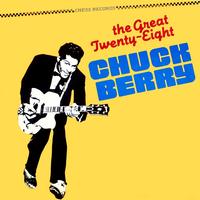 Chuck Berry and his essential collection of music, "The Great Twenty-Eight", on Chess Records. 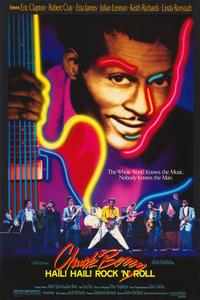 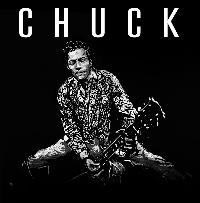 An album of new, original songs was announced for release in 2017, named "Chuck".
Add a Comment