It’s one of the most famous sentences in U.S. literature—and the opening statement of what is often called "the great American novel": Herman Melville’s 1851 epic Moby-Dick.

But what do we really know about the man who penned it?

Melville lived from 1819 to 1892, achieved early and widespread fame as an author of popular adventure tales, and then fell into relative obscurity before turning 40. For the rest of his life, he wrote prose and poetry for a very small readership while struggling to support himself and his family through various means. When he died, an obituary of just a few short lines appeared in the newspaper.

Thanks to a revival of interest in his work in the 1920s, today Melville is celebrated as one of the most important figures in U.S. literary history. Scholars look to his writings as the beginning of modernism, marked both thematically and linguistically by the changes that globalized industrial capitalism was wreaking on the world in the nineteenth century like never before. Readers continue to return to his work for its breathtaking language, emotionally intense plots, and engagement with social and cultural issues that are at the forefront of contemporary civic dialogue, such as racism, the history of slavery in the United States, economic oppression, sexism, political corruption, and the exploitation of labor.

This year, in recognition of Melville’s 200th birthday, the Free Library and The Rosenbach are revisiting his legacy. Join us at the following events and consider what Melville and his works can mean for the 21st-century reader.

Few American writers have achieved the cultural impact of Herman Melville, author of the eternal classic Moby-Dick, yet he died unrecognized by his contemporaries for his genius. To commemorate the 200th anniversary of Melville’s birth, The Rosenbach’s new exhibition will explore the life, works, and legacy of this iconic but under-read author. Making use of The Rosenbach’s extensive Melville holdings and numerous loans from partner organizations, including rare manuscripts and first editions, American Voyager will examine how Melville fled to the watery fringes of 19th-century life to grasp core truths about American society—and even human nature itself. 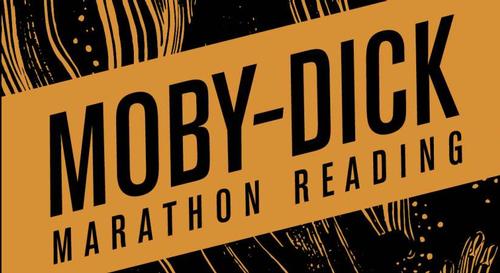 Join us next weekend as we read Herman Melville’s masterpiece in its entirety over 25 hours! This collaboration between The Rosenbach and the Independence Seaport Museum celebrates the iconic novel Moby-Dick and the adventures of 19th-century seafarers with a live reading, an interactive artifact show-and-tell, hands-on activities for all ages, boatloads of food and fare, a late-night happy hour, and much more. The Moby-Dick Marathon is free and open to everyone! Register now and see the full schedule of activities. 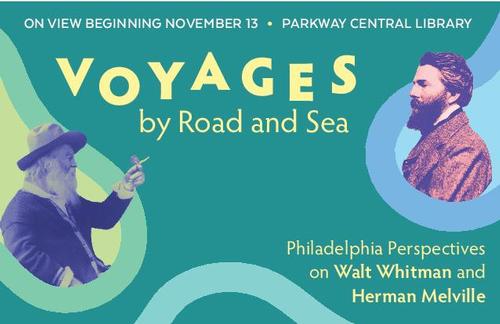 Voyages by Road and Sea

Voyages by Road and Sea explores the legacies of Walt Whitman and Herman Melville through contemporary voices and art. The exhibition—which marks the bicentennial years of both authors—examines their personal and literary journeys through the lens of working Philadelphia artists. Including comics, sculpture, painting, and poetry, among other mediums, the featured contemporary art enters into dialogue with the work of Whitman and Melville on critical present-day issues like immigration and conservation. Additionally, the exhibition presents the voices of influential thinkers of the past century who have engaged with Whitman and Melville through commentary and writing, such as Toni Morrison, C.L.R. James, Joseph Bruchac, June Jordan, and Langston Hughes. 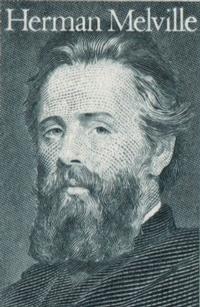