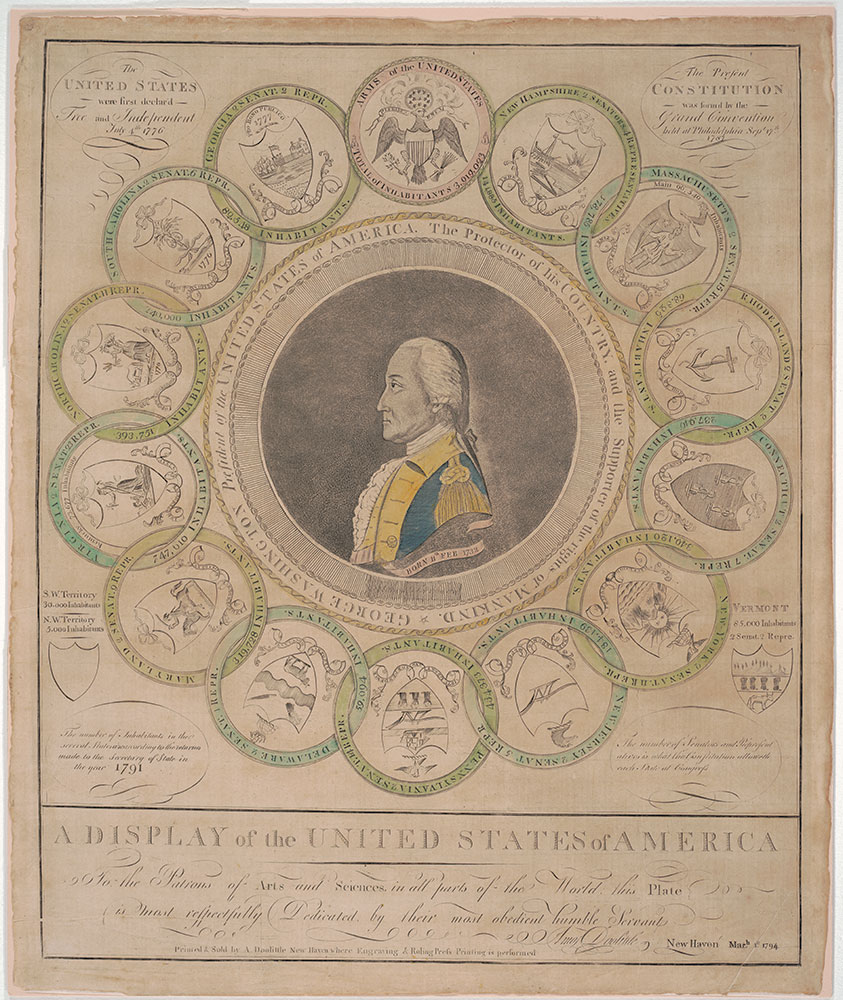 This print is believed to be one of the largest and most complex engravings of its time in America. Framing the portrait of George Washington is a series of rings, containing the coats of arms that represent the newly formed union of 13 colonies, comprising the United States of America. Each ring includes statistical information, such as population numbers and the number of senators and representatives for each state. The linked rings symbolize the strength of the American colonies, unified and inseparable under one central government. It was re-issued at least six times to account for the newer colonies joining the Union and in order to update the changing statistical information.  In 1799 Doolittle reworked the plate and published A New Display of the United States, replacing the portrait of Washington for that of John Adams, second president of the United States.

This 1794 engraving is the fifth state of this engraving.  It is the most common print with only ten known impressions in existence. The earliest known state was issued in 1788, showing Washington in civilian dress, which Doolittle had copied from James Trenchard’s 1787 engraving of Washington taken from the Columbian Magazine. All subsequent states, which include this one, were based after Joseph Wright’s profile etching of George Washington.

Amos Doolittle was an American born engraver who learned to engrave in metal through his apprenticeship as a silversmith and Jeweler. He was one of American's first printers and a soldier in the Revolutionary army. Doolittle engraved bookplates, historical events and biblical illustrations.