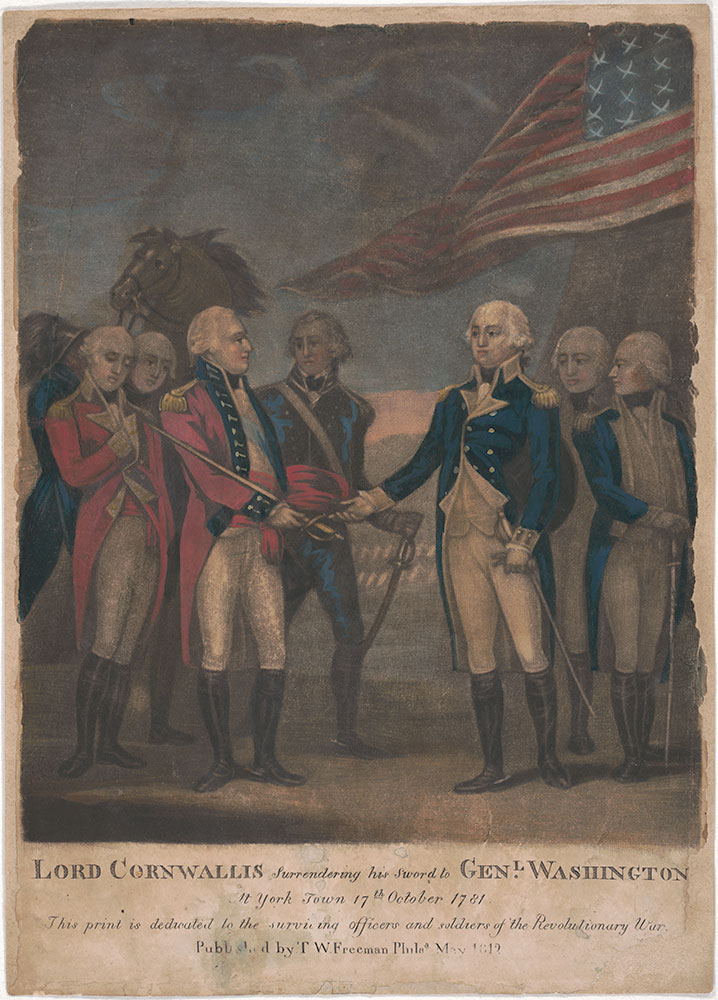 Depicted here is Lord Charles Cornwallis surrendering his sword (the official final act of surrender) to General Washington.  In failing to obtain the back-up  support needed to protect his army from being besieged by French and American forces, Lord Cornwallis had no other choice but to surrender his British Army on October 19, 1781 in the Virginia port of Yorktown. Less than a year later Britain recognized American Independence and began negotiations for a formal peace settlement with America. This resulted in the Treaty of Paris of September 1783, which formally recognized American Independence after eight years of war.

This mezzotint may be attributed to the engraver, George Graham, who was active from 1786 to 1813. Little is known about him other than he was located in Philadelphia in 1797 and worked for publishers in New York in 1804. Graham engraved portraits of many of the most notable men of his time, including Alexander Hamilton, Chancellor Robert R. Livingston, Samuel Adams and John Adams.