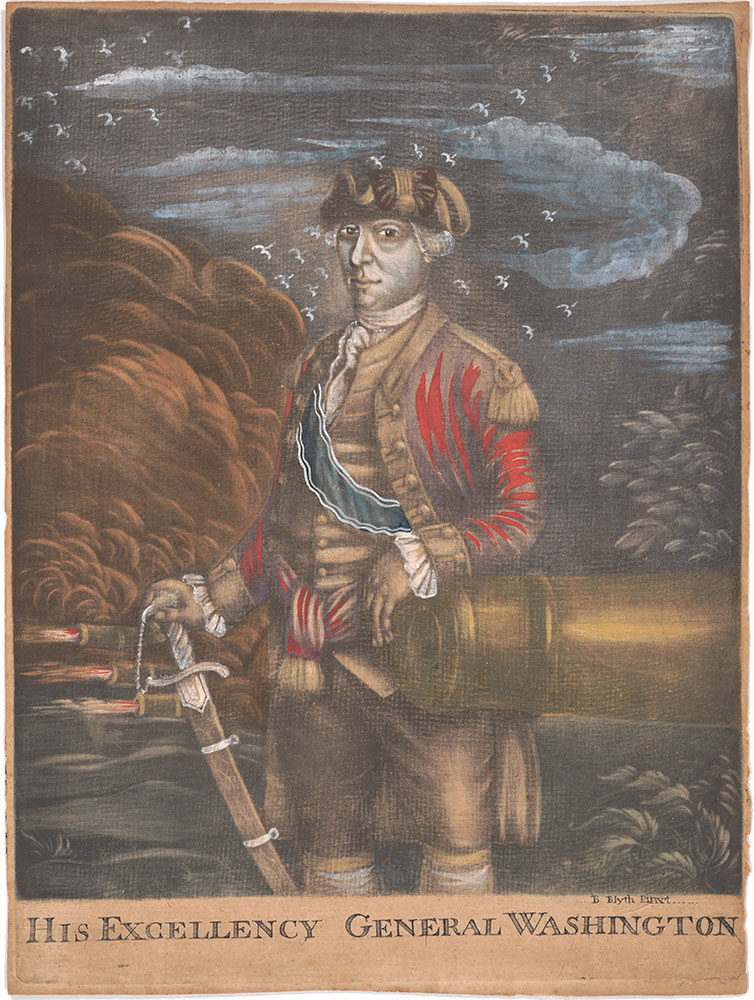 George Washington was recognized by his contemporaries as a national icon and a military hero during the Revolutionary period. He was a symbol of unity, strength and leadership during the war and in the years that followed.

The engraver is unknown. "B. Blyth Pinxit" is printed on the bottom right of the image, suggesting that "B. Blyth" (Benjamin Blyth) may have painted the original image from which this engraving was copied.

Benjamin Blyth (1746-1787?) was an American painter born in Salem,  who began his professional career in the 1760s, working in and around Boston throughout the decade. Some of his contemporaries dismissed him as a second rate painter. He worked with pastels and painted oil portraits until 1786, at which point he moved to Richmond, VA. Blyth’s sitters are said to be frequently stiff and have a blank gaze. Approximately 30 pastels paintings are attributed to him, his most famous ones being portraits of John and Abigail Adams.